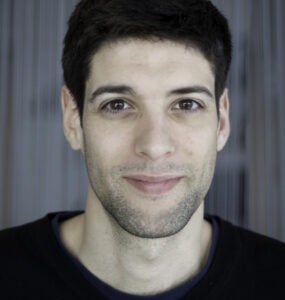 Let’s start with who you are and what you do?

My name is Stijn, and I am a 36-year-old father of two children as well as an Associate Cloud Architect at 45 Degrees. I’ve been a consultant for the past 12 years, and I am currently working for a client, Delhaize. I spent some time working internally, but I preferred consulting far more, mostly because of the shifting dynamics.

As an Associate Cloud Architect, I currently lead a small team within Delhaize. My days are often filled with meetings to follow up our scrum board, for example. Delhaize is also spread out throughout a number of regions, and each of them needs to be checked upon, resulting in many meetings. In between, I lead the technical story. I never know what my day is going to look like!

How did you get onto the ‘Cloud’-path?

I’ve had a healthy interest in computers since I was younger, though not at a programming level. Our generation grew up with broadband Internet and later discovered online gaming, so I believe this interest sparked here. I had originally intended to pursue a career as a sports teacher, but I had to pause my studies due to an injury. I then decided to work with computers as a supplementary occupation, which eventually turned into my primary occupation. Infrastructure has always piqued my curiosity, but at the time, cloud computing as a whole was still in its infancy. I therefore concentrated more on the data center story. And as the years went by, I ended up in Cloud Architecture.

Through a colleague at Xylos, my previous employer, I ended up at 45 Degrees a year and a half ago. I wanted a different career path and so I was put in contact with Diederik (Wyffels). I knew right away that I clicked well with Diederik, and that was what led me to choose 45 Degrees as my starting point. I also played tennis with Diederik last month, so we clearly still click. I work primarily from home and at the client’s office, although I definitely interact with my coworkers online.

Because 45 Degrees is not a very large company, there is a strong sense of community. It is not a company with 150 employees where you are just a number. You actually have the chance to start a business’ transition to the cloud at this early stage. 45 Degrees follows up with their consumers from beginning to end.

What are your ambitions and biggest challenges?

The biggest challenge at work is convincing people of your own vision, so that this vision is also incorporated within the company. The organizational part of the transformation to the Cloud is often more complicated than the technical part. I’ve been working on certain cases for more than a year. But the patient person does prevail in the end. The most crucial factors in this situation are speaking in an intelligible manner and involving the company properly throughout the entire procedure.

We will review the next stages for 45 Degrees once my current assignment expires. Though I won’t rush myself in my career any time soon, I would like to be a little more active in people management in the future. Nowadays, everyone aspires to grow as quickly as possible in their job, but they overlook the fact that growth eventually reaches a ceiling. So the challenge is gone immediately.

My biggest personal-and also work-related-ambition was still to become self-employed. Mainly for the time story. As a result, I have more time to spend with the kids and can schedule my availability.

Part of the Cronos Group

Need some help or guidance on your transformation journey? We are happy to listen, and even more to help.